IMAGINARY-- Infinity and Beyond exhibition series 1: MathArts in Chung Yuan

IMAGINARY-- Infinity and Beyond exhibition series 1: MathArts in Chung Yuan

After the success of two public exhibitions in Kao-hsiung (Dec. 2015~ Feb. 2016) and Taipei (Mar. 2016~ May 2016), the IMAGINARY— Infinity and Beyond is looking for local schools outside these two cities for small-scaled exhibitions, where roughly 20~30 works will be presented, so that more people can enjoy these wonderful mathematical arts. The first school joining this project is Chung Yuan Christian University in Tao-Yuan City.

To promote the development of mathematics in various aspects, and to connect the beauty of mathematics with daily lives and arts, mathematics fans from all over the world make a lot of efforts. Among them, a project originated from Mathematisches Forschungsinstitut Oberwolfach in Germany succeeded in introducing mathematics to the public by an exhibition, named “Imaginary”. Imaginary presented mathematics in many interesting ways such as math-related portraits, 3D statues, soft-wares and multi-medias. It has been well received by over two million of people from more than 150 cities in the world.

The Mathematical Society of the Republic of China (Taiwan), abbreviated as TMS, held two exhibitions called “Imaginary: Infinity and Beyond” in National Science and Technology Museum (from December, 2015 to February, 2016) and in National Taiwan Science Education Museum (from March to May, 2016). After these two exhibitions, TMS invites local math teachers in Taiwan to hold similar exhibitions in their own schools. During the period of the exhibition, teachers and students must hold camps, forums, or workshops for youths or adults in the local community. Our aim is to let students interested in mathematics learn about how to share the beauty and the fun of mathematics, to encourage young students to introduce mathematics to the public, and to promote a creative environment of learning mathematics.

We intend to have at least ten schools, located in different parts over Taiwan, joinging this exhibition series. Chung Yuan Christian University is the first school and has encouraged many others. We are looking forward to more similar events  in the next 11 months, and hopefully good responses. 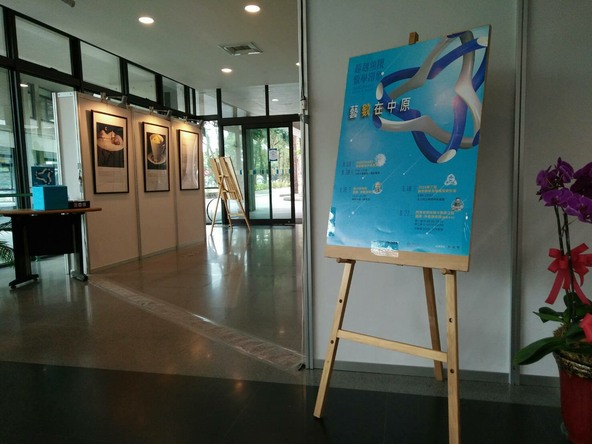 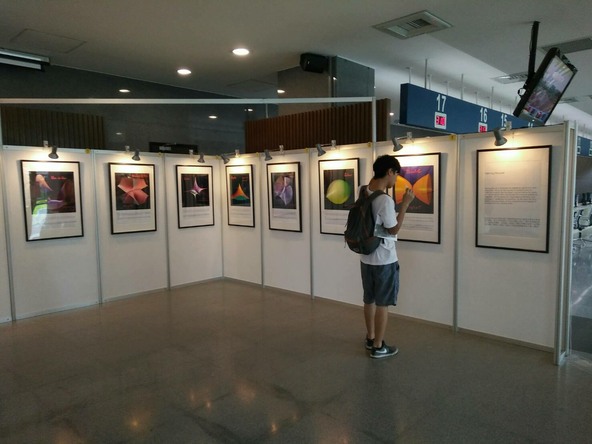 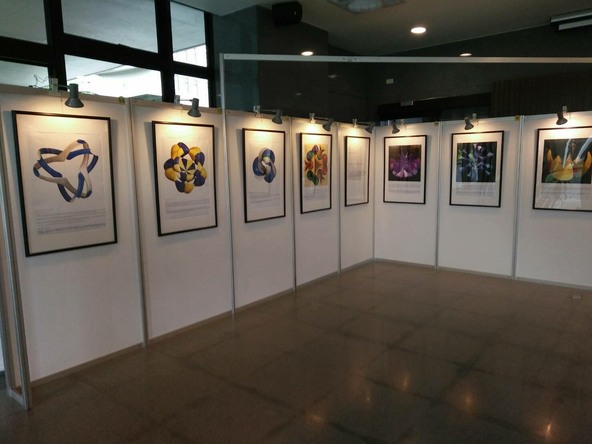 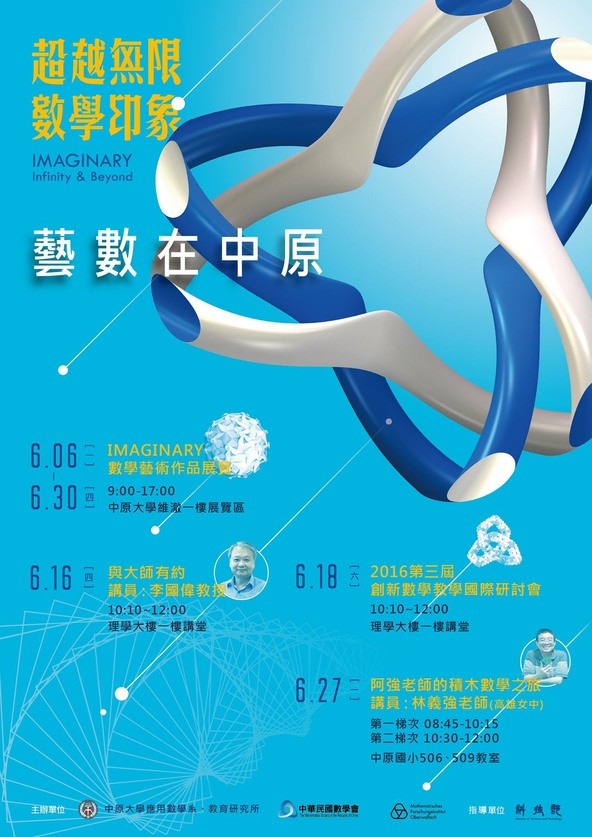 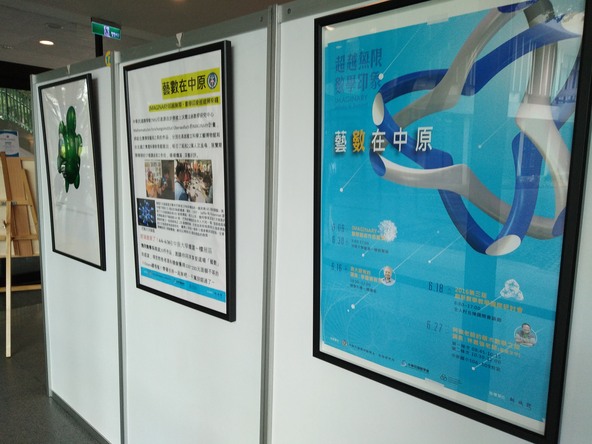 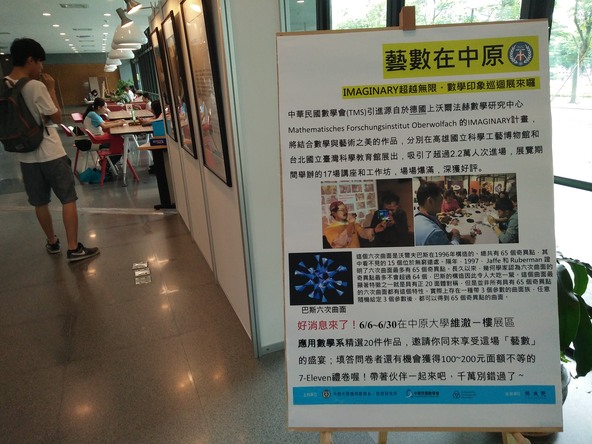