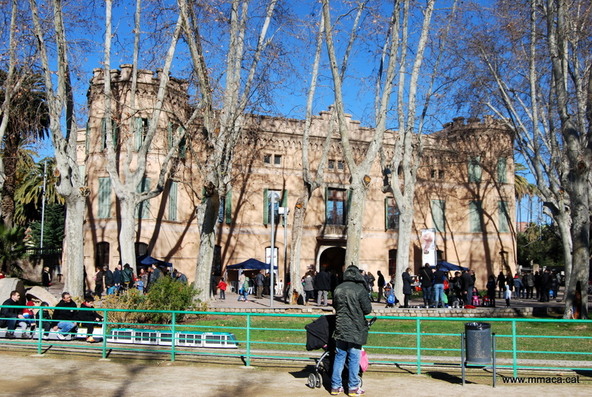 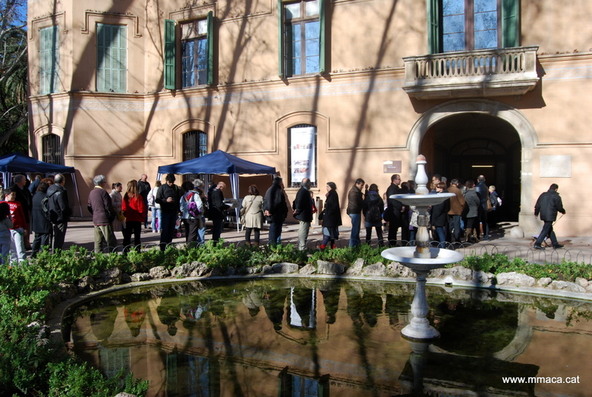 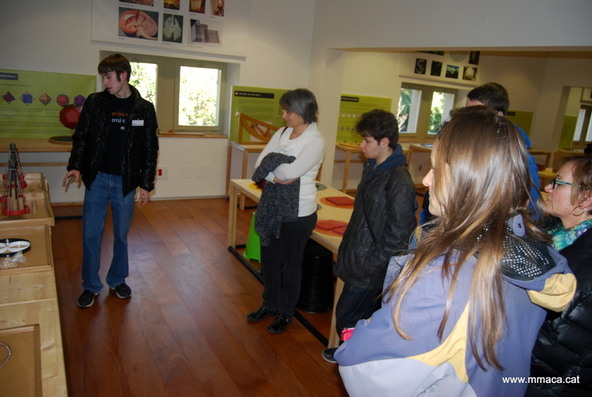 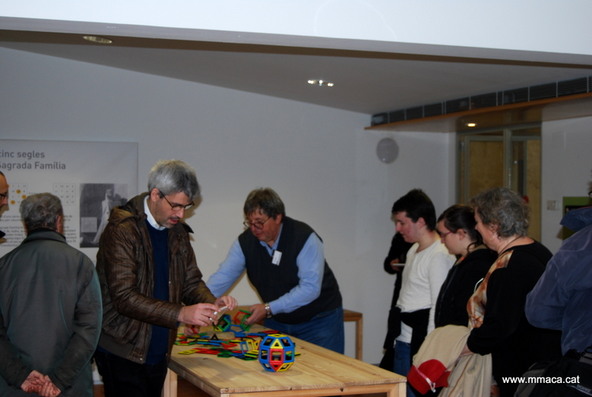 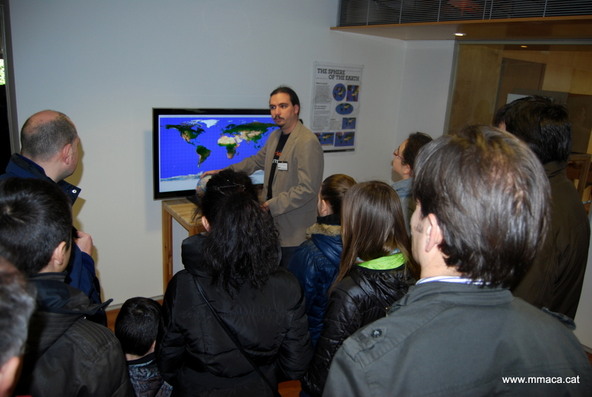 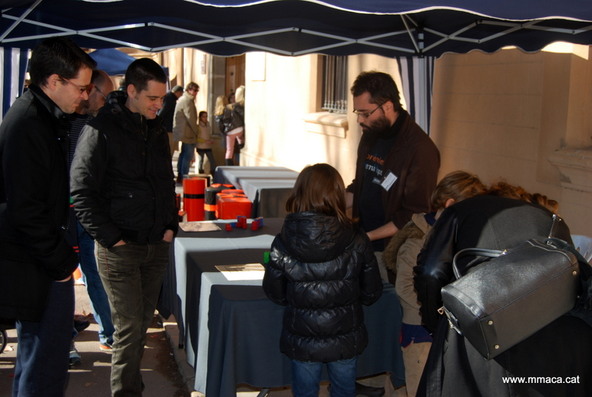 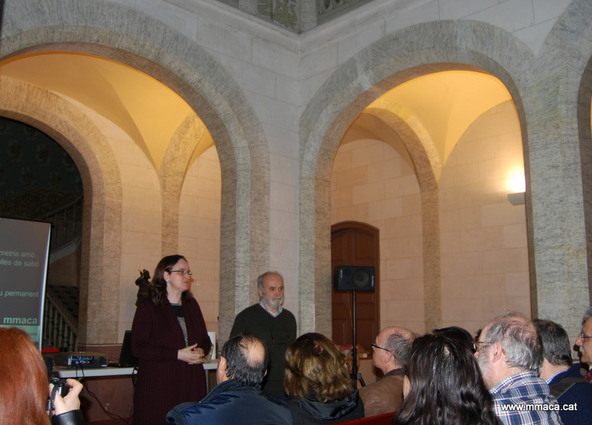 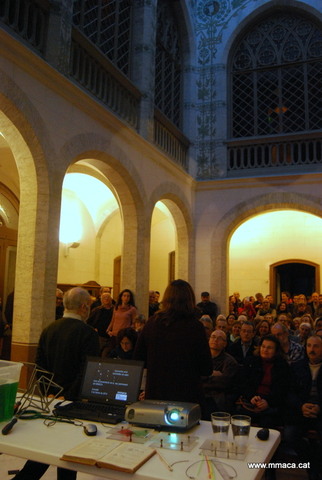 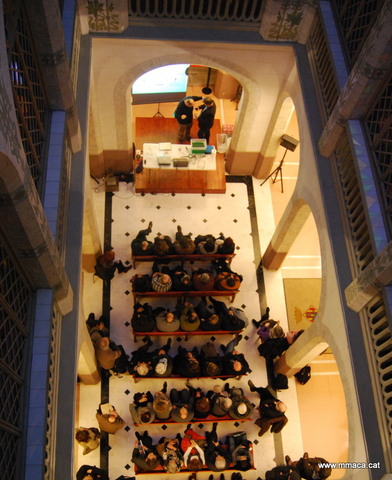 On February 2nd, 2014, the first permanent exhibition of the Museum of Mathematics of Catalonia (MMACA) opened its doors in Cornellà de Llobregat (Barcelona), after more than six years of traveling exibitions around towns and cities of Spain.

On February 5th the opening ceremony took place, with large attendance and supported by the Catalan mathematical and education community. The president of the association, Josep Rey, explained the history of this committed project, and Anton Aubanell gave an humorous talk about soap bubbles and films.

This exhibition of 300 square meters, entitled “Mathematical experiences”, consists of more than a hundred interactive exhibits, most of them handcrafted in wood, although there are also some computer exhibist, as “The Sphere of the Earth”, which belongs to IMAGINARY. This exhibit was actually created by this organization for the competition Mathematics of Planet Earth.

Although this exhibition is open to the public only on Wednesdays and Sundays, on its first opening day it received more than 500 visitors, and on the second more than 200, of general public. The remainder of the days there are organized activities arranged with schools, that are already on a populated queue.

This exhibition can be considered as a confirmation and as a big step towards a true Museum of Mathematics, a proof that in Catalonia, as in so many places around the world, the public interest in and fascination by mathematics is on the rise.

We proudly present the schoolbook “Problems for children from 5 to 15” by V. I. Arnold in our Background Material Section. The English translation is brand new and we are happy to be able to offer this unique booklet under a creative commons license.

The booklet consists of 77... END_OF_DOCUMENT_TOKEN_TO_BE_REPLACED

Maths is beautiful! On June 6th at 11 am, two new interactive stations will be presented at the EXPERIMINTA ScienceCenter in Frankfurt, Germany. At the opening Prof. Oldenburg, Goethe-Universität in Frankfurt and Dr. Matt, Mathematischen Forschungsinstitut Oberwolfach will be present. The two stations are accompanied by a gallery of beautiful visualizations of... END_OF_DOCUMENT_TOKEN_TO_BE_REPLACED

Today the sixth Russian IMAGINARY exhibition opens its doors in Tomsk, Western Siberia. It is coordinate and organized by the German Embassy in Moscow in collaboration with the Polytechnical University of Tomsk. It will be open for the public from the 21st of May until the 3rd of June 2013.

The goal of the summer school “Laboratory Z” is interest, immersion and expansion of students’ knowledge in subjects of mathematical, natural sciences (physics, chemistry) and technical (robot technology) areas. However, in the summer school there are no classes in... END_OF_DOCUMENT_TOKEN_TO_BE_REPLACED