The pictures in this gallery are the outcome of research on harmonic random graphs. Given a random set of points in the plane we can construct a graph linking the points that are “close” to each other. Is it possible to deform this graph to turn it into a harmonic one without moving too much the points? The answer to this question has important consequences in probability theory and other fields. More info. 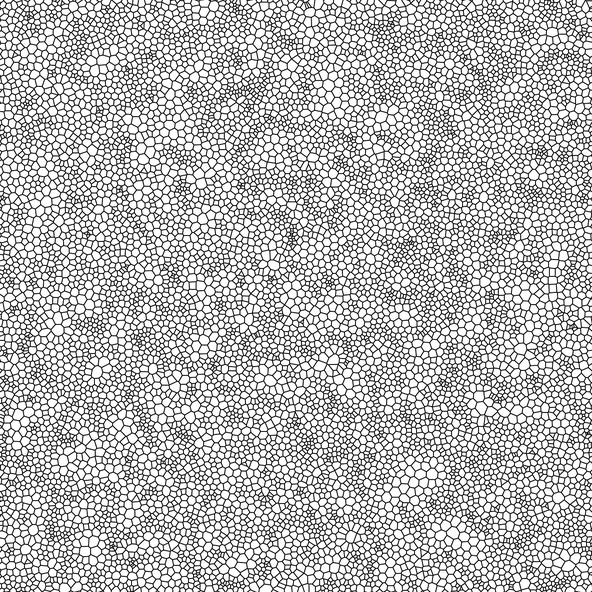 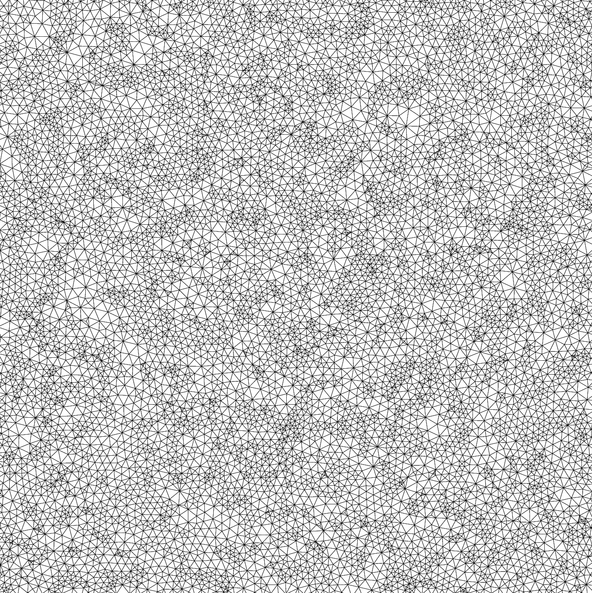 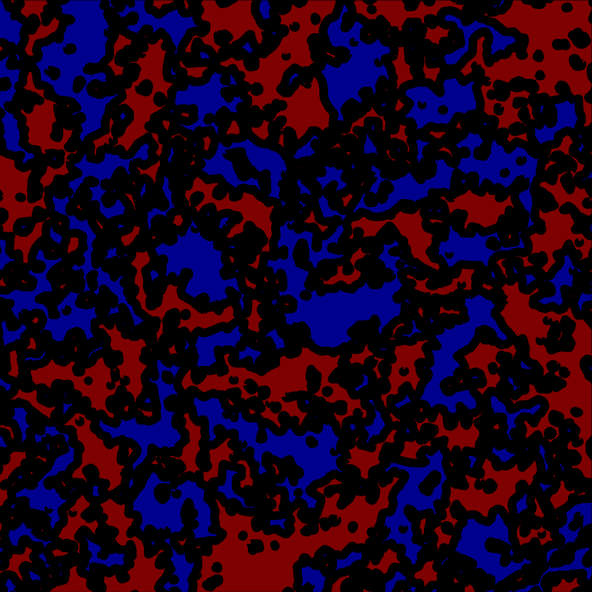 There is a theorem that states that none of them happens: all of them are islands and there is no sea. This means that there is no way to go from a given point to infinity using only one color.